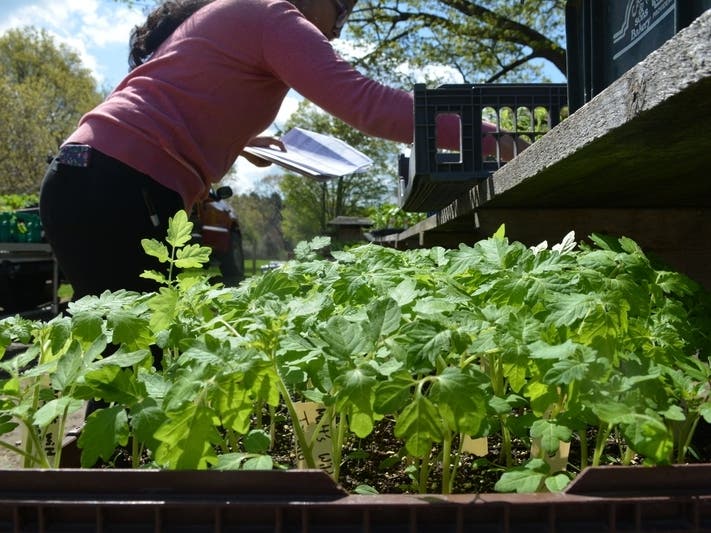 LITTLE NECK, QUEENS – A historic farm in Queens will get a new education center as part of a multi-million dollar investment in two of the borough’s museums, Mayor Bill de Blasio said on Wednesday.

The city has awarded $ 5 million to the Queens County Farm Museum in Little Neck to build a new education center, and the Queens Museum has received a $ 26 million investment to complete a children’s museum, the mayor said. expressing from Queens Borough Hall in the middle of its borough “Initiative of the town hall of your borough”.

De Blasio linked the two investments to NYC Climate Week, an international summit focused on climate action. He said the new agricultural museum education center will teach sustainability and the expansion of the Queens Museum will help the museum be energy efficient.

“It is important to be at one with the nature that surrounds us. This is how we build the future,” said the mayor of environmental education.

Sustainable food production is already a central tenet of the farm, which has been in continuous operation for 325 years, and currently manages three local products farm stalls as well as environmentally oriented educational programming for children and adults.

Board members Barry Grodenchik, who represents Little Neck and helped secure some of the millions allocated to the Queens County Farm Museum in Budget 2022, spoke about the impact of the farm’s educational programming at Wednesday’s press conference.

“About 133,000 children per year visited the farm before the pandemic [which amounts to] about 13% of all school children in New York City, ”Grodenchik said, adding that during COVID – when there was a push for outdoor programming – the museum became the most visited organization in Queens County.

The two politicians went to the farm earlier this summer – a visit that left a lasting impression on the mayor, who repeatedly called the farm “amazing”, “magnificent”.

He specifically encouraged people to visit the museum’s Amazing Maize Maze, a three-acre cornfield maze, which this year features an interpretation of Andy Warhol’s “Cow” print.

The maze was designed for the annual Queens County Fair, which took place earlier this month, but will remain open until Halloween.