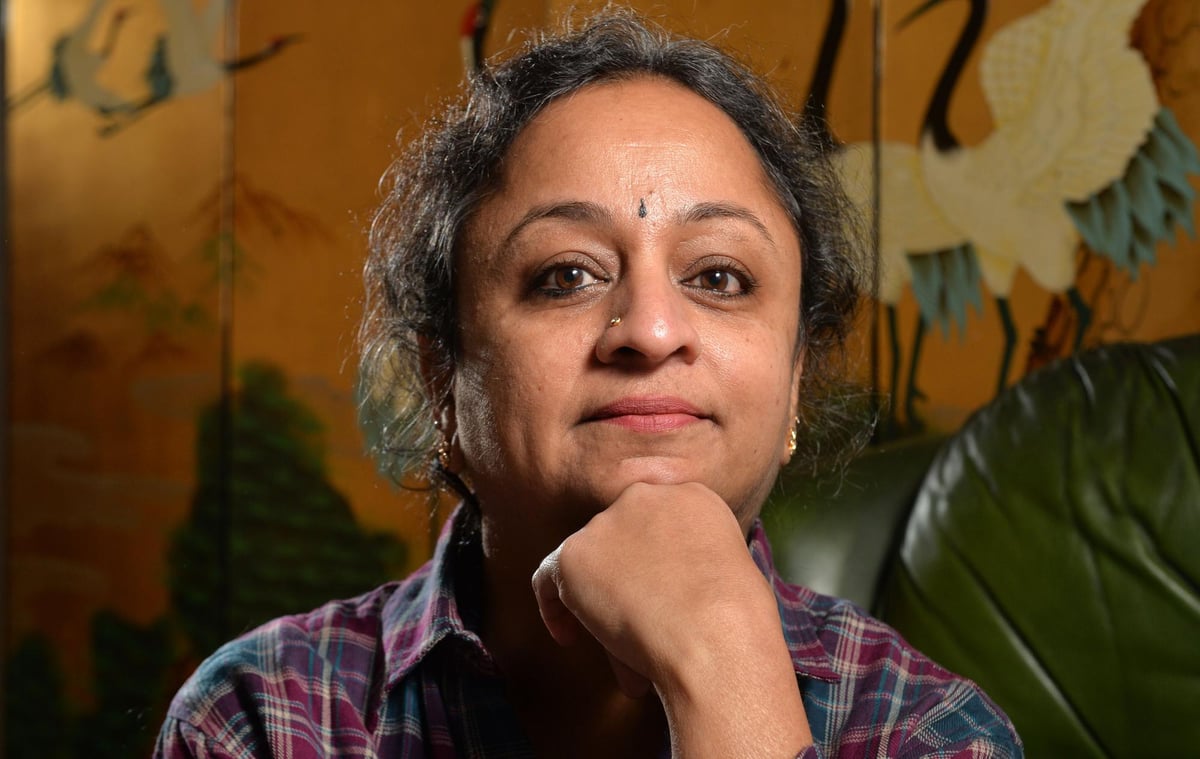 The famous Carnatic singer and songwriter is also artistic director of the Dewsbury Manasamitra organization and has launched an international project, Terrarium, which aims to raise awareness of the impact that an excess or a lack of water has on the planet.

Community groups are invited to get involved ahead of a musical event, Meltwater, at Dewsbury Town Hall on Friday December 2.

But it was the rodent-related stories that really got Supriya thinking about the effects of too much or too little water.

“The vision is about the micro-worlds we live in,” she says.

“If we think we are in Yorkshire as being one of the micro-worlds, then we have flood situations, and now drought, we have hosepipe bans. We think about our garden and our farms, we live in this micro-world. It’s almost our terrarium.

“But what struck me was that we don’t really look at the world and two things happened that inspired the project.

“A friend of mine bought a property not far from the edge of the canal and she got it at a very low price. I was asking him about the usual things: risk of flooding, do you think the water can get in? And she was like, ‘No, I think it’s going to be okay. So she had checked all that out, but after about six months when I met her again, she said she hadn’t moved in. I asked her why and she said it was because it was infested with rats.

“And it really struck me because when I look at the canal sites, they look so idyllic and with beautiful water flowing alongside, and you look out your window and see the water. And yet there was this thing that I would never have thought possible in a house by a canal, so I was struck by the fact that I live in a micro-world where I don’t really look beyond what I see.

Supriya also traveled to perform at the Ultima music festival in Oslo, Norway, and was moved by an installation outside the main train station, in which an artist had recorded the sounds of the city’s sewers, highlighting featured “a whole cacophony of rats,” she says. .

“She had actually captured it and converted it into a soundscape, and her take was that we have a world under our feet that we don’t think about.

“So if the waters actually rose and the rats came out of the sewers in our world, we wouldn’t survive, but they would. So that was food for thought for me and I was like, oh, so a little bit of excess water and a bit of water deficit create havoc in our lives.This is where the project starts.

Supriya, 55, who grew up in Mumbai but came to the UK 28 years ago, launching Manasamitra in 2005, will write a 60-minute composition for the show in December and has recruited numerous artists to join her. They include Duncan Chapman, a soundscape artist and musician from Gainsborough; Satnam Galsian, Leeds-based musician, community liaison and former mentee of Supriya’s Women Composers Mentoring Project; Lucy Nolan, award-winning harpist and creative collaborator from Derbyshire; Simon Limbrick, a marimba player who performs regularly with the famous musical quartet Apartment House; and Karin De Fleyt, Belgian flautist and regular collaborator of Manasamitra.

She has also forged links with the Jaipur Literature Festival as well as composers Rani Jambak from Indonesia and Peter Iverssen from Norway.

In addition to the compositions, they and others will provide sound bites for a “digital map” which will be a combination of stories and songs.

The Arts Council has given £29,000, while Libraries have donated £1,000 and are making space available for the project. Terrarium is the start of a larger project called Festival of Conversations and Kirklees Council has pledged £15,000 over three years.

Supriya also draws inspiration from the street theater performances she saw during her early years in India, ones that explored all sorts of political issues.

“I’ve always been influenced by these kinds of small actions because art has this power to capture what dialogue and speech cannot.”