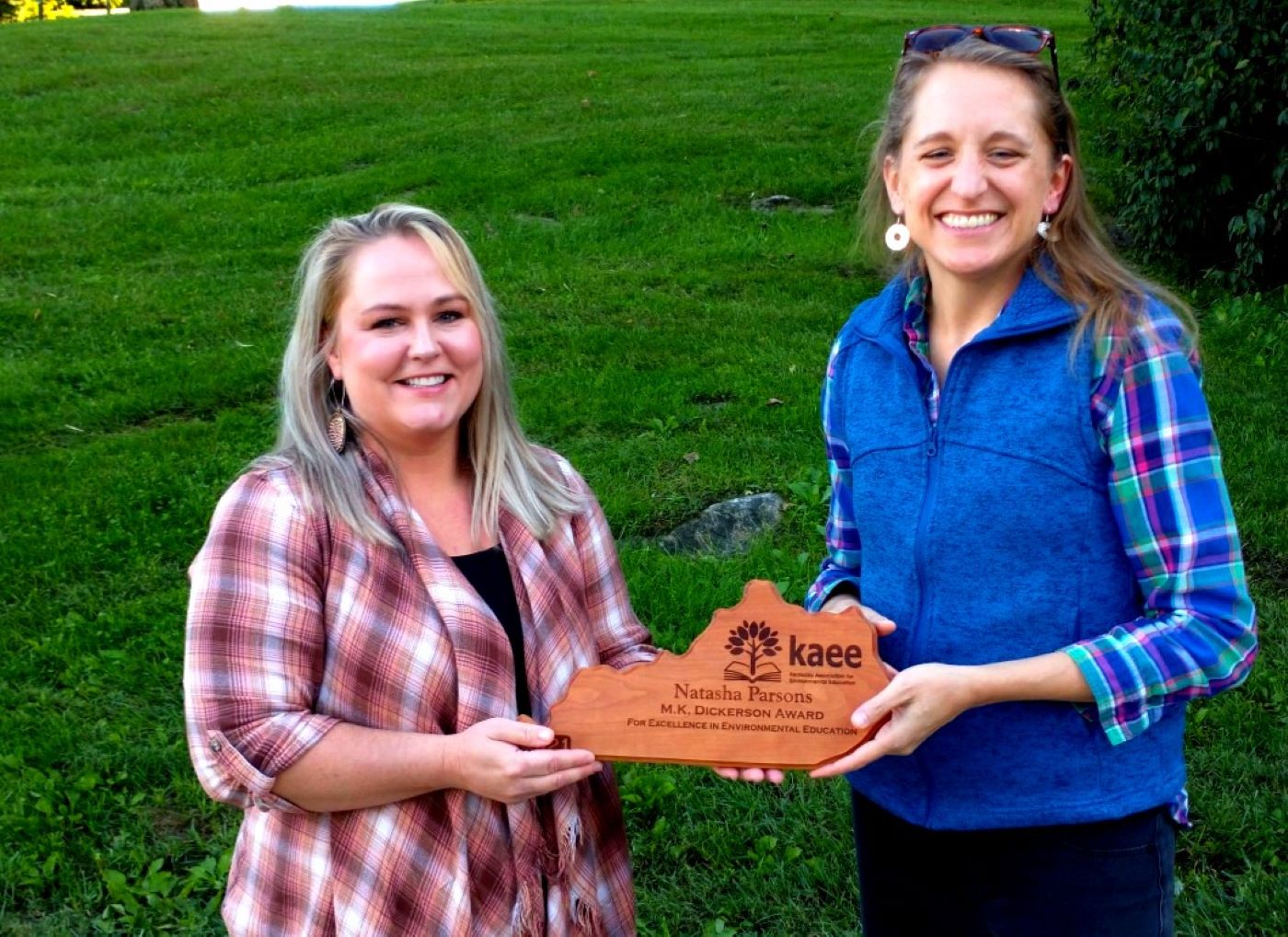 “My reaction to the award was complete shock,” Parsons said. “I found out that I had a few teachers and community members who supported me, including Jessica Atallah, our GMS Social Studies teacher, and Eric Comley, Garrard County 4-H officer. “

The MK Dickerson Outstanding Educator Award recognizes those who demonstrate dedication, commitment and influence in the field of environmental education, said Ashley Hoffman, Executive Director of KAEE. The award is named after a beloved environmental educator and former KAEE president who died in 2015. The award has been presented to educators since 2001 and renamed after Dickerson in 2016.

“The past year has been a tough one with the shift from virtual learning to in-person learning,” Parsons said. “When the students got back to school, I wanted to make sure it was a year they would never forget. Because the students could not do field trips in the community, I asked the community to come to them.

The community delivered. With help from various organizations, Parsons facilitated discussions and hands-on lessons on invasive species, researched resources to deliver a Kentucky Reptile Zoo program, and worked with the local 4-H Youth Development Officer to provide aquatic services. programming based on the health of rivers and the collection of aquatic macroinvertebrates. Local farmers brought cattle to the school, allowing students to see, smell and touch the animals. She also revived the school greenhouse that had not been used for over a decade.

“My goal was to get the students to learn and do as much as possible,” Parsons said. “Education must change. Content must be useful, usable, applicable. This is what I want to give to the students.

“Ms. Parsons has a way to make environmental education fun for every student, whether they’ve grown up on a farm or have never lived in a house with a yard,” said Jessica Atallah, teacher at sixth at Garrard High School. “Her students say a lot of praise and will even come willingly to work in the school greenhouse. She is the hidden gem of Garrard Middle School.”

“Last week one of my students said, ‘I love this class.’ When I asked him why, he replied, “Because we are learning things that we can actually use in the real world. “

KAEE is one of the oldest associations in the country supporting environmental education.

“It is an honor to have this opportunity to share the outstanding achievements of our award recipients and the work they do to educate and provide a better future for all Kentuckians,” said Hoffman.