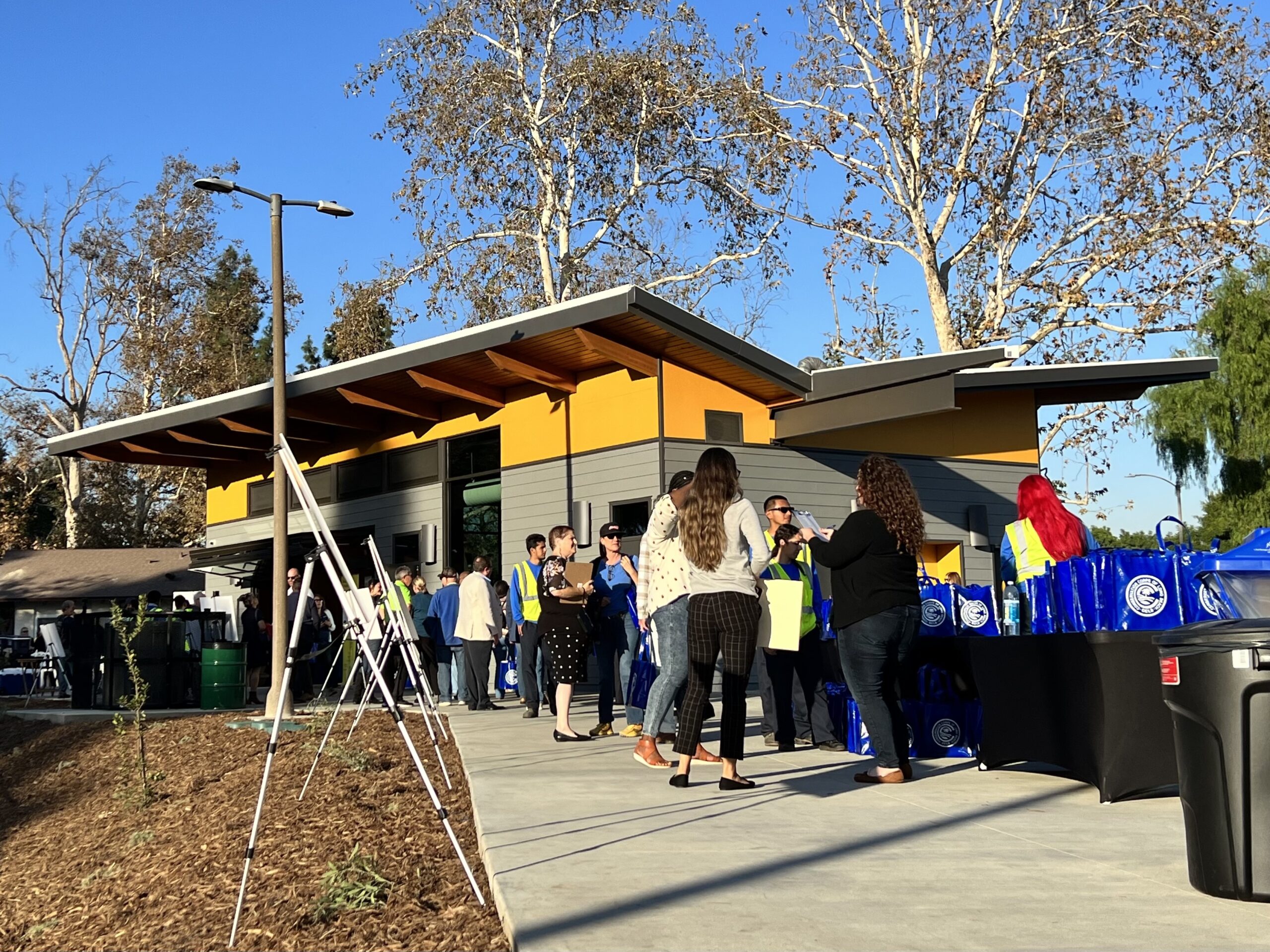 “This place was a vision for many of us. We needed a site closer to where our young people live, and we ended up here,” said Dan Knapp, CCLB’s Managing Director and CEO.

The center, at 6255 De Forest Ave., will be a hub for community gatherings and youth programs such as environmental education classes, though those public programs won’t be announced until spring or summer. 2023, according to the CCLB.

For now, 20 Conservation Corps members will lead environmental improvement projects and programs throughout the park, such as the River Rangers program, a youth stewardship initiative aimed at preserving the area along the Los Angeles River by maintaining DeForest wetlands and planting trees.

The $2 million community center was approved by city council in 2020 and started in September 2021. Its 1,400 square foot design features sustainable landscaping and architecture like a butterfly roof designed to capture stormwater. Rainwater will slide over the roof and into a biofiltration system that will remove harmful pollutants from the water before it is recycled.

District 9 council member Rex Richardson, who has long supported and advocated for improvements to DeForest Park, said the project was an example of how “crisis is the mother of invention.”

When the park’s afterschool programs were cut due to budget issues a few years ago, the city had to rely on partnerships and collaborations, Richardson said. With this shift in strategy, the Conservation Corps of Long Beach and Camp Fire Angeles were able to collaborate and make lasting and needed improvements to DeForest Park, he said.

The education center is just part of the park’s vision plan, as Camp Fire is also building a series of discovery trails and campsites throughout.

The project was funded by a $1.9 million grant from the Rivers and Mountains Conservancy to the Conservation Corps with contributions from the Port of Long Beach, Office of Supervisor Janice Hahn and the City of Long Beach.