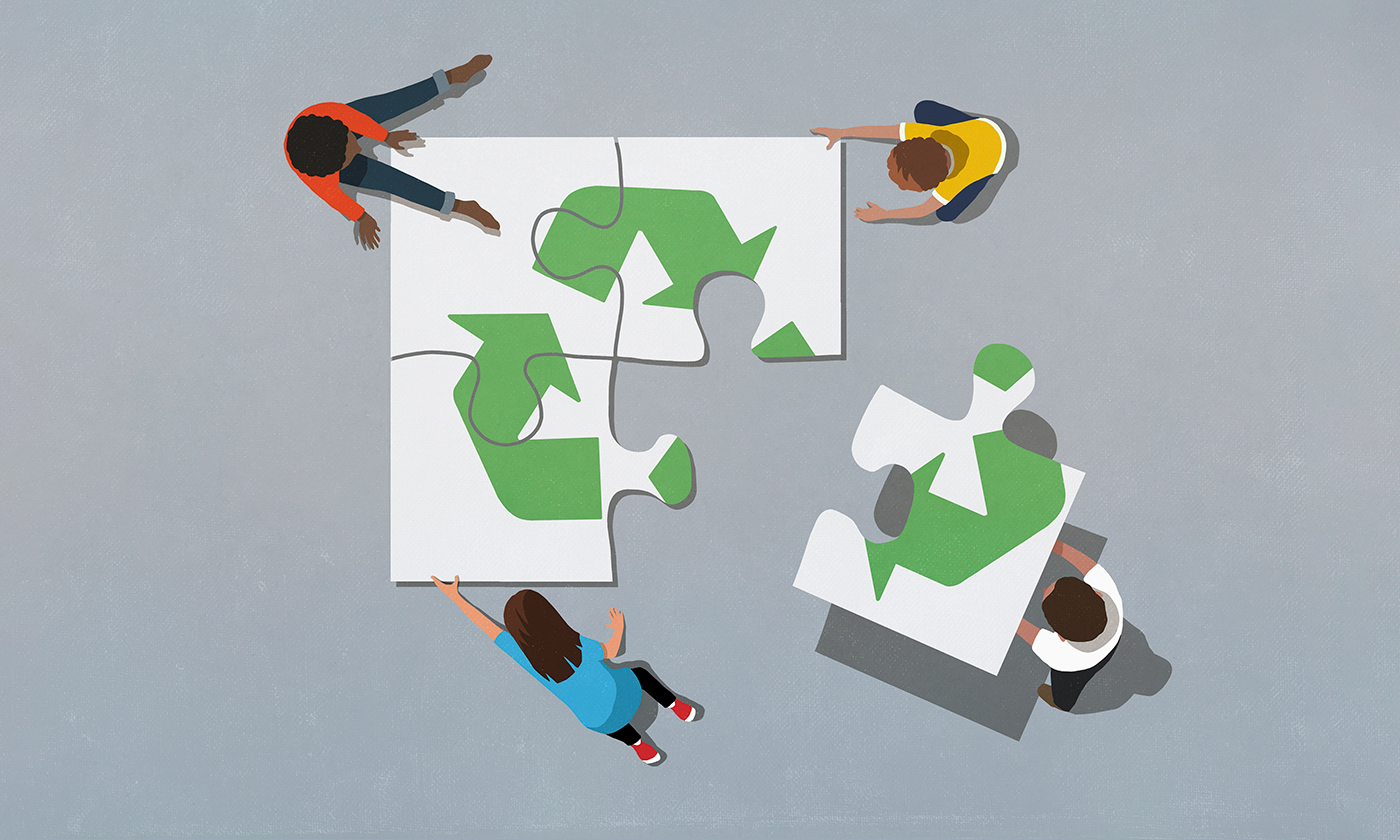 In an environmental studies class at a secondary school in a South African township, the teacher takes the students outside on a sunny autumn morning. She shows them how to plant a tree and ensure its survival. The students look captivated as each of them plants their own sapling in the ground outside the school; this hands-on outdoor course is a rare opportunity to get away from the classroom and the rote learning that usually takes place indoors.

This class is one of many hands-on, environmentally-focused classes that have sprung up around the world over the past decade as part of governments’ efforts to introduce sustainability into school curricula. But how realistic is it to expect schools to fix humanity’s environmental mess? After observing the class, I asked the teacher if she connected her practical lessons to larger conversations about climate change, and she said no. The purpose of the class, she says, was precisely to move away from theoretical discussions of global environmental issues and help students take action.

This is not surprising considering the way most public education systems are run. They are generally under the direct control of governments, the vast majority of which are currently doing far from doing enough to address the environmental crisis, as COP26 showed. Why would governments encourage their young citizens to question state inaction? It’s just not in their interest to do so – and that’s the main flaw of the idea that we can lift the world out of the climate crisis.

Presenting technological innovation and “green” growth as the central solution – and reiterating these lessons in their public schools – governments around the world generally fail to recognize the need for more fundamental changes, such as degrowth and legislation on intergenerational justice. Even as countries move away from fossil fuels, they continue to treat the Earth simply as a source of raw materials for continued economic expansion.

In other words, the mainstream policy response to the crisis is simply to target the symptoms rather than the root causes of environmental degradation. Environmental education must address these issues head-on.

What counts as action

As the impacts of climate change, biodiversity loss and other environmental crises intensify, world leaders see education as one of the solutions. In recent years, we have seen this idea at the highest levels of policy-making. The Sustainable Development Goals are currently one of the major international agreements shaping the global approach to environmental education. Target 4.7, for example, aims to ensure that by 2030, “all learners acquire the knowledge and skills needed to promote sustainable development, including through education for sustainable development and sustainable lifestyles”.

I spent several years observing environmental education programs in Africa, Asia and Europe since 2016, and realized that planting trees, growing food for the school canteen or fixing a leaky tap in the school bathroom to reduce water wastage, all of which is often referred to as an action. But writing a letter to a politician or participating in a march or demonstration rarely does. It is as if these programs view students as capable of influencing only their immediate physical environment rather than engaging in broader political conversations.

There was a particular vision of citizenship at work in these classes – one in which the citizen follows blueprints created by others rather than helping to design their own future. These observations led me to look for alternative ways to make young people aware of environmental solutions.

The power of activism

In the communities where I have worked, activism has become a clear contender. Activist movements often attract young people and create space for intergenerational dialogue and opportunities to talk and act on Politics of environmental degradation.

This was very clear in one of the community meetings I witnessed during my research in South Africa. The main mission of the South Durban Environmental Community Alliance is to tackle air pollution caused by the petrochemical industry in the city, but over the past three decades the organization has addressed many other issues environmental and civic. The meeting I attended in April 2017 was on a cloudy weekend morning in a community hall, with maybe three dozen residents of different generations and backgrounds.

At the meeting, a group of alliance activists asked residents to imagine a future they would like to see for their community. In sharing their thoughts with the group, residents expressed many different wishes, ranging from less litter on the streets to tackling economic inequality. The conversation quickly turned to how the community could act together to achieve change. Unlike the environmental lessons I have observed in public schools in South Africa and elsewhere, the young people in the meeting wrestled with the politics of environmental change and thought about what they could achieve together.

Activism not only helps catalyze social change; it is also a form of education. If we are serious about harnessing the potential of education to help us achieve a more sustainable future, we must recognize activists as educators and help build bridges between them and schools.

For policymakers, this means funding activist-led educational efforts and incorporating activist-inspired pedagogy into teacher training programs. For activist organizations, this means showcasing the contributions they have made to educating young people about environmental solutions and sharing their best practices.

None of this is easy. Activists and teachers often find themselves on opposite sides of the barricade. But the first step forward is recognizing that the two groups have more in common than meets the eye.

In most cases, it’s not that teachers don’t want students to see themselves as agents of change; more often, teachers simply fear the repercussions. I have met many teachers who told me that they did not fully agree with the curriculum they were teaching, but that their hands were tied. The government, after all, was paying their salaries. I have often heard in interviews that discussing political issues in the classroom is simply too dangerous for teachers’ job security.

But these are precisely the issues that our education systems must address if they are to contribute to meaningful environmental solutions at scale. Otherwise, we may one day realize that half-hearted efforts at environmental education have been just another form of greenwashing. Ultimately, education – discovery of self and discovery of the world – is an end in itself, not a means to any end, including sustainability. But given the urgency of environmental degradation, we cannot afford to let our education systems get in the way of sustainability.