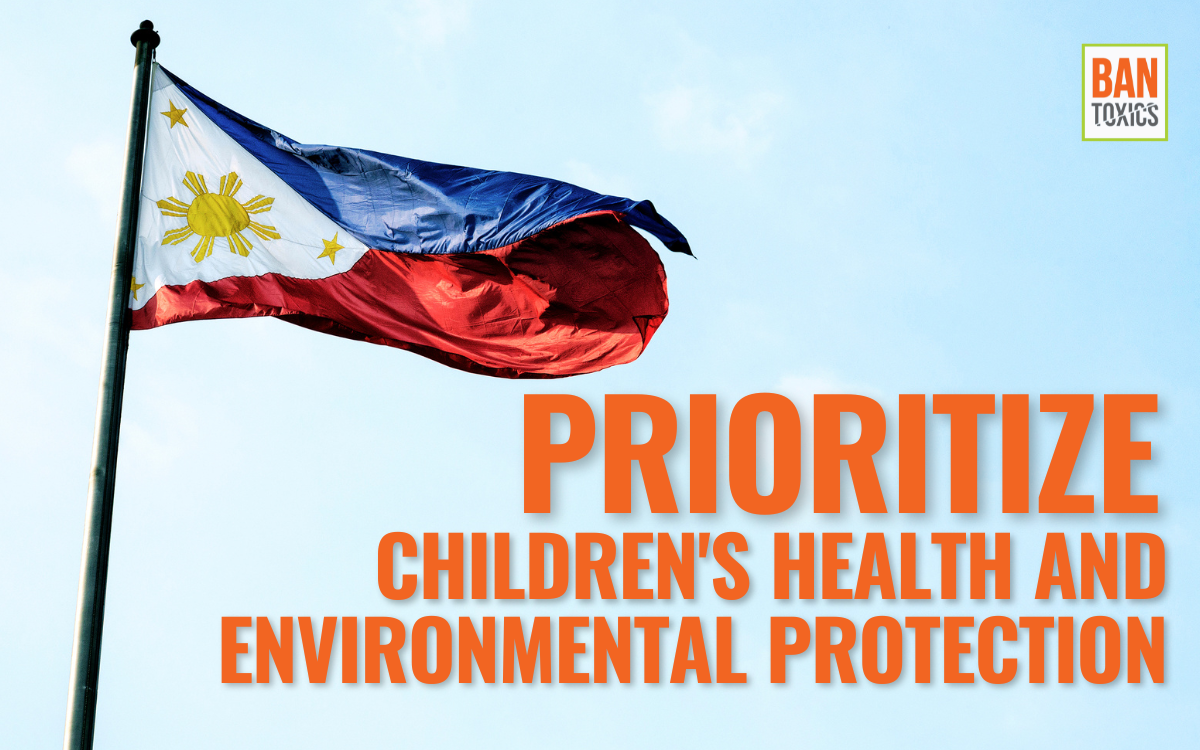 JUNE 29, 2022 – BAN Toxics has urged President-Elect Ferdinand Marcos Jr. to prioritize the ratification of the Basel Ban Amendment and take action for proper management of chemicals and waste in time for his next inauguration.

“We call on President-elect Marcos to prioritize the ratification of the Basel Ban Amendment, to implement measures for the sound management of chemicals and waste, and the total ban on importing waste to prevent our country from becoming the world’s dumping ground again,” said Reynaldo San. Juan Jr., executive director of BAN Toxics.

The Basel Convention on the Management and Disposal of Hazardous Wastes was established to protect human health and the environment from the harmful effects of mismanagement of hazardous wastes around the world.

The Basel Ban Amendment prohibits member states of the Organization for Economic Co-operation and Development (OECD), the European Union (EU) and Liechtenstein from exporting hazardous waste to developing countries, whether or not they are intended for recycling. The purpose of the Ban Amendment is to protect both human health and the global environment from the negative effects of improper hazardous waste management.

As of June 2022, the Philippines has yet to ratify the Basel Ban Amendment despite being a signatory to the Basel Convention since 1989.

Since the organization was founded in 2006, BAN Toxics has been advocating for environmental justice through the promotion of healthy chemicals and waste management. Working with allied environmental groups, the organizations campaigned for the immediate repatriation of Canadian waste and ratification of the Basel Ban Amendment.

The group further recommends that the new government prioritize the sound management of chemicals and waste, plastic reduction, climate change mitigation and the promotion of a toxic-free schools program. . BAN Toxics led the Toxics-Free Schools program in 2014 with the goal of making schools safe for children and faculty members and raising awareness about toxic pollution and waste in schools and homes.

“It is high time the government stopped stepping back when it comes to children’s health and environmental protection and started making environmental issues a priority. It is the policy of the state to protect and promote the right to health and to a balanced and healthy ecology of the Filipino people. BAN Toxics added.

[2] IPEN: The entry into force of the Basel amendment on the ban