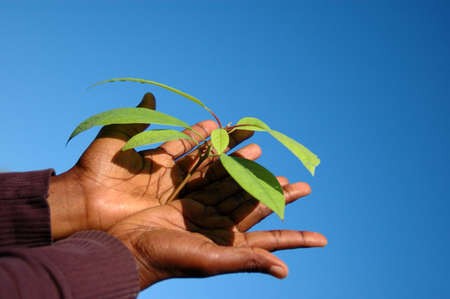 Event to examine how British Muslims are involved in environmental issues

A free online event is being organized which will bring together academics, policy makers and community activists and organizations to draw attention to how faith in Islam influences Muslim lifestyles to care for the environment .

Islamic beliefs can motivate sustainable practices and concern for the environment at the level of the household, the community and the rest of the world. The ideas of stewardship that are celebrated in Christianity and Judaism are often overlooked in comparison to Islam.

Yet Islam’s environmental messages are slowly being taken up by a new generation of British Muslim activists who have the credibility and knowledge to demonstrate that being a good Muslim includes environmental responsibility and biodiversity conservation.

Muslims in the UK have faced both socio-economic and socio-cultural marginalization due to ethno-religious identities and migration routes. Along with experiences of structural inequality, the experiences of British Muslims are framed by religious practices and beliefs, as well as strong ethno-religious community ties that tend to homogenize the population.

Bringing together a unique mix of religiously motivated academics, policy makers and community activists and organisations, the event – organized by the University of Manchester’s Institute of Sustainable Consumption in conjunction with the Muslims in Britain Research Network (MBRN) and the Muslim Council of Britain (MCB) – takes aim at the various ways in which the environment is apprehended by exploring how faith and the environment co-exist.

Through interactive discussions, it will examine innovative ways in which social inclusion and environmental sustainability can co-exist and explore practical ways to include Muslim voices – who are often marginalized – in broader debates about the environment, climate change and green politics. agenda.

Each of the collaborating organizations will host a panel of key speakers in the field of Muslims and environmental sustainability to answer the following questions:

• How do Muslims live and practice environmental sustainability in their daily lives?
• How do British Muslims understand and respond to issues of sustainability and environmental concern through community activism?
• How can Muslim communities be involved in the design and implementation of environmental policies and initiatives?

“Today we still face a lack of diversity within the environmental sector, both within the profession itself and in the way it approaches policy and practice with respect to the green agenda and climate change,” said Dr Nafhesa Ali, research associate at the Sustainable Consumption Institute. “This event aims to challenge the misrepresentation of the Muslim community as ‘indifferent’ to the environment by sharing how religious communities are actively involved in ecological issues.”