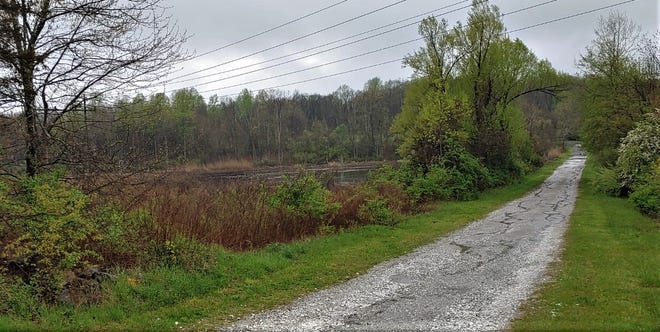 BOROUGH OF FRANKLIN – A routine hearing to add residential development to the borough’s sewer system has turned into a repeat of decades of grievances and new concerns about the environment and the borough may be running out of steam. of water.

As the property in question is within the Sussex County Water Quality Management Area, Friday’s hearing is part of the state Department of Environmental Protection’s review process. before it gives final project approval.

DEP approval will be the final step required before development can proceed.

At issue is Milly’s Court, a 250-unit apartment complex to be built on eight of the 70-acre property on Munsonhurst Road. Wastewater from the Project would flow into an existing sewer system on the highway.

The development, which includes affordable housing, has been the subject of multiple lawsuits and ordered to be approved by a state court judge. Among the lawsuits are member challenges and actions of the planning board and borough council.

Some of the issues stem from a deal made by a previous owner of the property where he gave the borough a new deep well water system in exchange for the right to develop the property. A judge ruled the deal was binding and new owner JCM Investors and its subsidiary Silk City Rentals could go ahead.

Broadband issues:Push is enabled to bring broadband connectivity to all in Sussex and Warren counties

Sparta warehouse:Sparta’s Warehouse Hearing Continues, But Board and Audience Are Upset About Developer’s Absence

At last week’s hearing, opponents said a gravel access road, built through what was then hay meadows and orchards to access the wells, became a kind of dyke that turned fields into wetlands. New species have moved into the wetlands, including swamp turtles, wood turtles and long-tailed salamanders. All are state protected species, with the bog tortoise also on the federal endangered species list.

Former Borough Mayor Dick Durina, opposing the project, expressed concern about the future of the wells that replaced Franklin Pond as the Borough’s water supply, as well as the local government objections.

“The people of Franklin did not approve of this project,” he said. “A court judge did it.”

Elliott Ruga of the Highlands Coalition said the project violates regulations set out in the Highlands Act, and there is a state report warning that the wells are pumping more water than can be replaced naturally.

Mark Gallagher questioned a report on the geology of the area prepared by an expert hired by the proponent. Gallagher did not explain who he was speaking for during the hearing, but in previous meetings he was with Princeton Hydro, a company hired by opponents of the project.

Dawne Rose, who lives on Munsonhurst Road adjacent to the land in question, said she would provide the DEP with photos taken 30 years ago which showed the fields and orchards.

“Please consider all issues for everyone,” she said. “It’s the wrong project in the wrong place at the wrong time.”

Julia Somers, executive director of the Highlands Coalition, questioned the developers’ expert reports and the property’s test borings to determine the geology. She urged the DEP to do more investigations.

“There is an information vacuum in the rush to use this site,” she said. “We don’t know the impact (on protected species) because we don’t know how they use the site.”

Emile Devito, an environmental engineer associated with the New Jersey Conservation Foundation, said experts hired by the developer don’t expect people to “read their reports and find their mistakes,” he said. . “It’s all a smokescreen. They say they’re qualified as experts and they’re not experts.”

Developer Dauria did not attend the hearing. Contacted on Friday, he said the project was progressing and “I have nothing to add”.