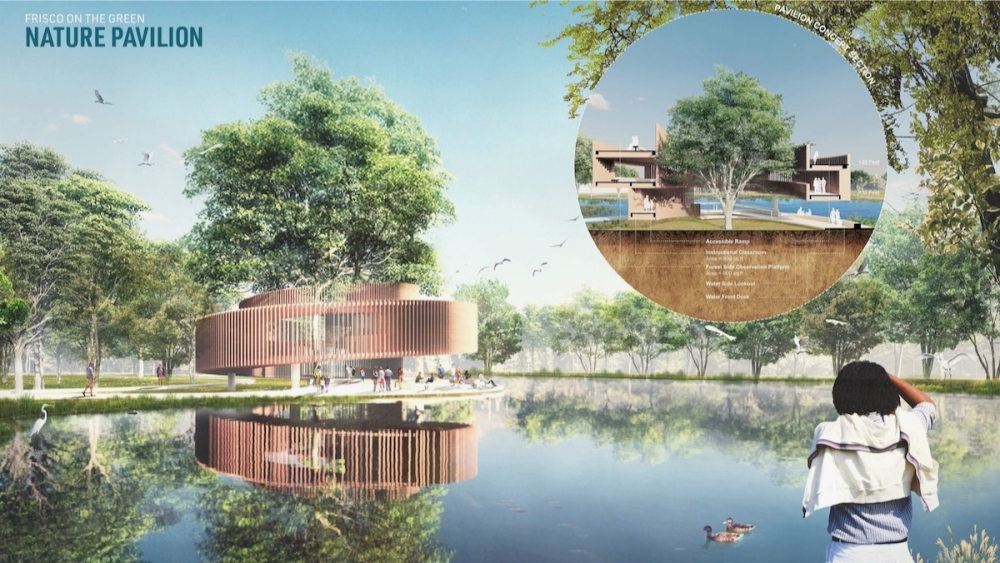 A park in North Frisco being developed concurrently with the Northwest Community Park will provide an additional recreation area near the upcoming PGA of America headquarters.

Frisco on the Green plans include landscaping to enhance and preserve wetlands and wildlife. City Council on April 5 observed a presentation on the plans given by Conners Ladner, Director of Design Workshop.

“[Frisco on the Green] really going to be … the epicenter right now of environmental education,” Ladner said. “The existing landscape is already phenomenal.

A key feature planned for the park located north of Panther Creek Parkway and along Teel Parkway includes a large pavilion with a gazebo and waterside deck. The pavilion would include an 800-square-foot classroom and an 800-square-foot forest-edge viewing deck, according to Ladner’s presentation.

“We have the opportunity to bring the students out, to bring the families out [and] to get the courses out,” Ladner said.

Frisco on the Green also plans to have a “wetland landing” area equipped with a boardwalk system and a staging and viewing platform.

Construction of the park is expected to begin next year and at the same time as the Northwest Community Park, according to the presentation.