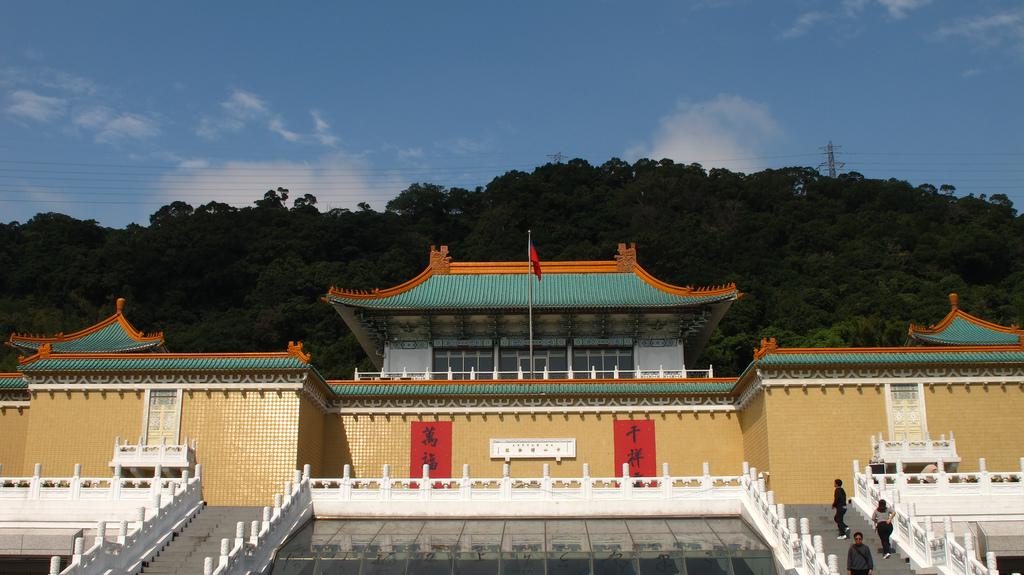 Climate change is one of the greatest challenges facing the world. A United Nations report has warned that greenhouse gas emissions from human activity are at an all-time high, “with no signs of slowing”. Many countries are recording extreme weather, higher average temperatures and rising seas. Meanwhile, the first wave of growing numbers of climate refugees shows how a changing environment will reshape human life.

Climate change may have been caused by previous and current generations of adults, but it is future generations who will have to deal with its worst effects. Today’s children will play a crucial role in protecting the environment.

Dealing with the crisis will require a lot of change – and education is an urgent first step.

As the experts have said, this education will have to start early, so that environmentally friendly practices become habits from an early age.

Taiwan offers an example of how to teach children how to take care of their environment.

In the early 1990s, rapid economic development led to environmental degradation in Taiwan, an island in the China Sea that is home to nearly 24 million people. The air quality in the cities was dangerous, a third of the rivers were polluted and garbage often did not reach landfills.

Today, however, Taiwanese are proud of their island’s natural beauty – from coastal wetlands to verdant mountains – and its success in protecting the environment.

Taiwan is best known for its high recycling rates and elaborate sorting systems that even include a category for food waste for pig manure. According to self-reported figures, Taiwan now recycles 20% more than the United States – and any visitor can attest to the seriousness of the recycling efforts.

As a scholar of Chinese Buddhism, I have studied how religious groups address contemporary issues, including environmentalism, in children’s literature.

In Taiwan, more than a third of adults identify as Buddhist, more than any other religion, making it a significant cultural force. Buddhist groups have been at the forefront of efforts to care for the environment. Their effort includes Buddhist literature for children that reflects environmental concerns.

Picture books on this subject take two approaches: in one, bodhisattvas – wise and powerful supernatural beings who can appear in the world to help human beings – serve as role models for children in how they protect life. ‘environment.

For example, in the book “Samantabhadra Bodhisattva’s Great Battle against the Trash Monster”, published by the Buddhist organization Dharma Drum Mountain, the first page of the story presents a bodhisattva who wants to transform the polluted world into a pure one.

This bodhisattva meets a young boy who says he has nightmares about a monster made of trash. It turns out the monster appeared because the boy’s room is a messy mountain of trash. When he cleans it, the bodhisattva invites him to sort out everything he throws away, reflecting real practices.

Historically, bodhisattvas have been invoked to help people in dire need (such as a storm at sea), and intervening for the good of the environment updates their role for contemporary times.

In this case, Buddhism is at the center of the story, and the cleaning of polluted spaces becomes a metaphor for spiritual purification. The reader turns to a Bodhisattva or Buddha as a guide and is inspired to act.

Take care of the environment

But in other cases, Buddhist organizations do not use personalities like bodhisattvas to teach environmentalism.

The stories do not feature bodhisattvas as characters, and the narratives may not be overtly Buddhist, but offer environmental education within the context of a larger Buddhist education. In other words, being a complete Buddhist means knowing and respecting the environment.

They can use stories about plants and animals to teach children about things like the life cycle of anthrax and the symbiotic relationships between animals, like that of rhinos and oxpeckers, which are commonly thought to be eat ticks and other insects, although the reality is more complex. .

Children learn about biology and how living things are interconnected. It lends itself to holistic thinking about the environment, and these stories often prompt children to look at the world from the perspective of other living beings.

Published by a major Buddhist organization, the book “Record of the Wanderings of a Plastic Bag” goes a step further by presenting other perspectives.

A plastic bag first serves as a toy for a baby, then becomes a place for the cat to take a nap. The grandfather of the family asks him to pick tomatoes, and when he’s finished, he washes the bag and hangs it up to dry. A little later, he uses it to carry worn shoes to be repaired, in which case the bag flies away.

He travels happily on the wind accompanied by a leaf and a candy wrapper, but ends up being swept away in a garbage bag. A dog rips open the trash can and the bag flies off again, only to be picked up by a child with a stick who treats it like a toy. After being abandoned by the child – very sadly for the bag – it is picked up, recycled and transformed into a shopping bag. It’s a happy ending, reflected in the bag’s happy smile.

The author, Liu Rugui, writes that she used the bag as a character in hopes of stimulating children’s compassion, leading them to cherish the objects they use. “Cherishing,” according to Liu, leads to a deeper understanding of environmentalism.

There is a connection between being able to take the perspective of a plastic bag – involving both intellectual and emotional responses – and valuing that object, which otherwise might be considered waste.

Young readers are invited to adopt the point of view of these non-human characters, changing the way they think about the world and their own actions. This ties in with the Buddhist teachings of karma and reincarnation, meaning that every intentional action has a consequence.

Equally important, although one could not be reborn as a plastic bag, one could be reborn as an endangered insect or animal. On another level, taking the perspective of a plastic bag helps readers understand how all the elements of the universe are interconnected, a teaching that takes its most sophisticated philosophical form in Huayan Buddhism.

By showing children that they have a responsibility to care for the environment, these books help produce what sociologist Bengt Larsson called, in a 2012 article, “ecological selves.”

Although studies of the long-term effects of children’s literature are limited, there is evidence that this approach is effective in raising interest and awareness of environmental issues.

For example, a study in Australia found that anthropomorphism, which attributes human traits to animals and things, increased children’s preoccupation with parts of the environment, as did their emotional investment in stories. That is, certain types of books seem to change children’s attitudes.

As I discovered in my research, this is something that Buddhist organizations also recognize and incorporate into their educational mission. Growing up as a Buddhist means growing up in environmentalism and global citizenship.

This article is republished from The Conversation under a Creative Commons license. Read the original article.

Sign up for our FREE morning newsletter and face more informed every day.