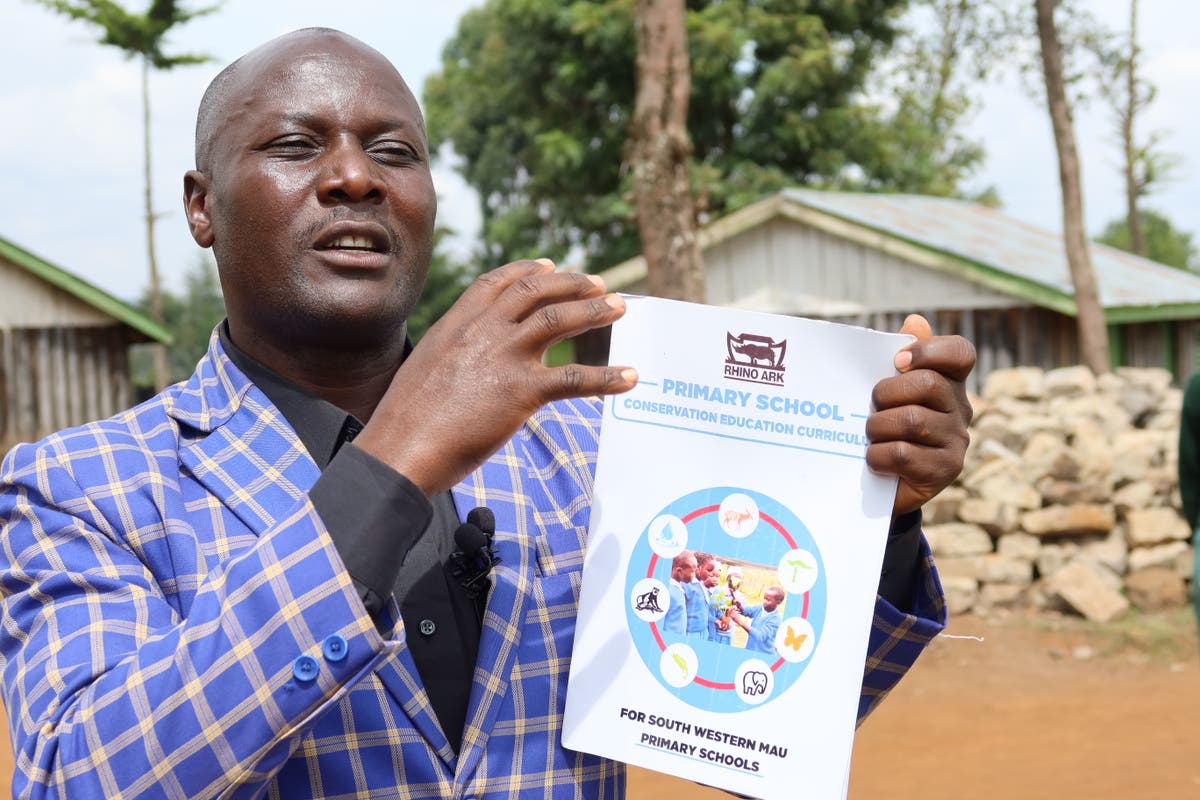 More than 170 schools bordering Kenya’s major water towers have adopted a bespoke curriculum that integrates conservation into the regular curriculum. The move aims to preserve the water towers.

“When CBC was set up, we had already designed the program and it was being piloted in schools. The Curriculum had exactly what was in some subjects under CBC,” said Alfred Orina, chair of the Teacher Implementation Committee.

Dubbed the “Conservation Education Curriculum”, the program began in 2018 following the development of the curriculum through a public-private partnership between Rhino Ark and the Ministries of Environment, Education, Science and of technology.

171 schools are enrolled in the program, in different regions of the Mau Forest Complex, which covers 273,300 hectares and is the largest native montane forest in East Africa. The program is however different according to the water towers.

In the schools bordering the southwest, for example, the curriculum focuses on the forest blocks in the area, highlighting the challenges, the wildlife found in that area, and what can be done to meet the challenges.

In schools around the Eburu forest to the east, students learn about endemic fauna. They also learn about challenges such as charcoal burning, logging, hunting and how they can stop or reduce it.

At Mount Kenya and Aberdare, learners learn about tourism and endangered wildlife, as well as possible solutions.

“While undertaking their practical sessions, learners maintain their own nurseries and plant trees in part of the degraded areas of the forest,” Orinda said.

The program starts from the fourth standard in primary school and continues through high school. Fourth grade learners are broadly knowledgeable about water. The subject is varied and covers water sources, the importance of wetlands and why they should be conserved.

In standard five, the curriculum is purely about wildlife, where learners are discouraged from hunting, while in standard six, they are taught about soil, topics that touch on degradation through poor farming practices and burning charcoal.

At level 7, students learn about the environment in general and at level 8, they are now trained in forestry.

In secondary school, the subjects are similar but more in-depth and also incorporate practical sessions. Although there are no exams in the program, Orina said learners are assessed through projects. Lessons are also taught alongside other subjects seamlessly.

“We integrate the lessons seamlessly because it’s almost the same thing. We have environmental classes which are only the replica and to assess their understanding, the teachers measure it through practical, oral lessons and demonstrations. We have these plans on Wednesdays and Fridays after class,” Orina explained.

The adoption of the scheme, he says, has seen schools come up with projects such as water harvesting, tree nurseries and many have also embraced energy saving ideas.

Kures Primary School student Cynthia Chepngeno says that in addition to the program giving them knowledge about their ecosystem, it also allowed them to generate income through projects.

“We sell trees to public bodies and companies that want to rehabilitate the forest. By doing so, we earn money that we use on projects. The last time we sold the seedlings we raised 2,500 shillings (£16) which we spent on storybooks. Previously, we received money which we funneled into our school meals program,” Chepngeno said.

Standard Seven student Isaac Kiplang said that in addition to restoring forests by planting trees, they also learn about the different animals of the southwestern Mau and why they should be protected.

“We originally thought it was normal and fun to go hunting as boys, but we don’t anymore because we want to protect our wildlife,” Kiplang said.

Alphonce Rotich, a Rhino Ark manager in southwest Mau, said the program was developed with stakeholders and experts from the Kenya Wildlife Service, Kenya Forest

The program also trained teachers who would support learners throughout the program. In south-west Mau alone, 98 teachers were enrolled in the scheme, which has since been launched at sub-county level.

This article is reproduced here as part of the Space for Giants African Conservation Journalism programme, supported by major shareholder ESI Media, which includes Independent.co.uk. It aims to expand the reach of conservation and environmental journalism in Africa and bring more African voices into the international conservation debate. Read the original story here.