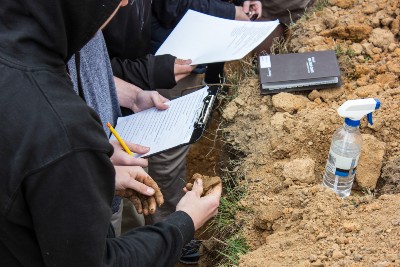 Subscribe to AFP podcasts on Apple Podcasts, Spotify and Pandora

After two years of virtualization, the annual Envirothon returns to an in-person competition, and students are excited to return.

This year’s event is scheduled for Wednesday, April 6 for the high school program, and for the first time ever, a new Middle School Envirothon will take place on Thursday, April 7.

The Envirothon program began in 1979 as a way to encourage high school students to take an interest in natural resource conservation, environmental issues and careers. At the time, it was called the “Environmental Olympics”. It was later shortened to “Enviro-Olympics” and eventually became known as the Envirothon, and in 1988 the National Envirothon was born, with competing teams from Pennsylvania, Ohio and Massachusetts.

Today, all 50 states have Envirothon programs and the National Envirothon also includes teams from Canada and China! It’s come a long way in 42 years…including here in our own backyard!

The Headwaters Soil and Water Conservation District has hosted a local Envirothon for many years. The top three teams from the local high school event can compete in the region’s Envirothon and then possibly the Dominion Energy-Virginia State Envirothon.

The winner represents Virginia at the NCF-National Envirothon in June. High school students in grades 9-12 and 6-8 are tested in their knowledge of five stations: aquatics, wildlife, soils/land use, forestry, and current environmental issues. The 2022 issue is Waste to Resources. The high school teams also have a sixth station where they make an oral presentation in front of a jury based on a given scenario.

Since its inception, hundreds of thousands of students have participated in the Envirothon. Alumni can be found across the world, working in successful environmental careers such as rangers, climatologists, biologists, conservationists and many more, all thanks to the Envirothon.

The Virginia Envirothon program is sponsored by Dominion Energy and coordinated by the Virginia Association of Soil & Water Conservation Districts.