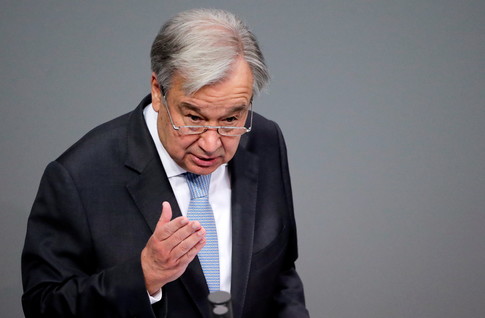 “Humanity is waging war on nature. It is insane and suicidal. The consequences of our recklessness are already apparent in human suffering, huge economic losses and the accelerated erosion of life on Earth, ”Guterres wrote in the preface.

The climate emergency, the biodiversity crisis and pollution kill millions of people every year and have left the planet shattered, he said.

“But (the report) also guides us to a safer place by providing a peace plan and a post-war reconstruction program.”

Among the recommendations were that more than $ 5,000 billion in annual subsidies to sectors such as fossil fuels and industrial agriculture, fishing and mining should be redirected to accelerate the transition to a low-emission future. carbon and restore nature.

Governments should also look beyond economic growth as a performance indicator and consider the value of preserving ecosystems, according to the report.

It aims to encourage governments to take more ambitious action at a UN climate conference in Glasgow in November and in parallel talks to agree a new global pact on biodiversity conservation.

“We need to be more holistic both in the way we look at problems and in the way we approach them,” said Robert Watson, a British environmental scientist and lead author of the report “Making Peace with Nature “. Reuters.