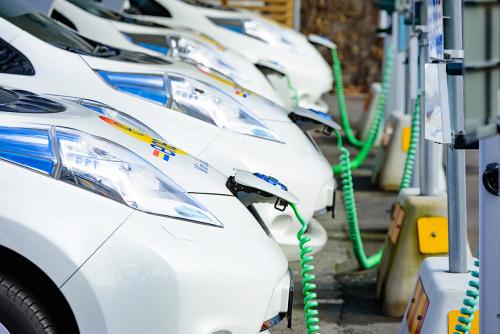 There is a lot of buzz around clean technologies, distributed energy resources (DER), microgrids and other technological innovations in the renewable energy and clean transport industries, and how these developments can contribute to address long-standing environmental justice issues. As these innovations develop, energy markets will undergo substantial changes that consumers and industry players will need to adapt to and take advantage of. Every two weeks, The Energizer from K&L Gates will highlight emerging issues or stories related to the use of DERs, energy storage, emerging technologies, hydrogen and other innovations that make advance the energy industry.

On June 9, 2022, the U.S. Department of Transportation’s Federal Highway Administration (FHWA) issued a Notice of Proposed Rulemaking (NOPR) detailing minimum standards and requirements for projects funded under the National Electric Vehicle Infrastructure Formula Program (NEVI Program) of the Infrastructure Investment and Jobs Act (IIJA). The IIJA was signed into law on November 15, 2021 and allocated US$5 billion to the NEVI program. These funds will be used to accelerate the deployment of public electric vehicle charging infrastructure by filling national grid gaps along designated alternative fuel corridors. On February 10, 2022, the FHWA released tips and procedural deadlines for states to come up with plans for how they would use their respective share of the US$5 billion in funding available. Each state’s plans for the first year of funding are due August 1, 2022, and the FHWA will decide whether to approve each plan by September 30, 2022.

The recent NOPR provides a preliminary set of standards that would apply to projects funded under the NEVI program. It would include: (1) installation, operation and maintenance; (2) interoperability; (3) traffic control device or on-site signage; (4) data collection; (5) network connectivity; and (6) information about locations, prices, real-time availability, and accessibility through mapping applications.

Interested stakeholders may submit public comments on the NOPR by the August 22, 2022 deadline. Once the FHWA has reviewed and considered the comments, it will then determine whether to issue a final rule, including whether to adopt revisions to the proposed standards and requirements.

On July 6, 2022, the U.S. Department of Energy (DOE) started its grant program for preventing outages and improving the resilience of the electrical grid under the Building a Better Grid initiative launched on January 12, 2022. The Build a Better Grid initiative was created to address the impacts climate change on transportation networks and to increase access to affordable and reliable clean energy.

The Power Grid Outage Prevention and Resilience Improvement Grant Program will provide US$459 million per year to grant recipients for a five-year period, for a total of US$2.3 billion. The funding is to be used to strengthen and renovate existing grid infrastructure to better equip it for the disruptive effects of climate change, including wildfires, severe weather and other natural disasters including size, range and frequency are increasing due to climate change.

The DOE is accepting applications from states, tribal nations, and territories between July 6, 2022 and September 30, 2022. The funding program will award proportional awards to the White House. Justice40 Initiative provide 40% of the benefits of climate investments to marginalized communities most affected by climate change, pollution and under-investment.

COLORADO’S COAL TRANSITION SEVERAL YEARS AHEAD OF THE PROGRAM

On July 1, 2022, the Colorado Energy Office announced that the ambitious timeline the Colorado Legislature set in 2019 to reduce greenhouse gas (GHG) emissions to 80% of 2005 levels by 2030 and to 90% of 2005 levels by 2050 several years ahead of schedule. As part of the legislature’s mandate that Colorado’s two largest utilities submit utility plans to achieve these goals, Xcel Energy (Colorado’s largest utility) outlined a plan to reduce GHG emissions by 85% by 2030 and shut down the state’s last coal-fired unit, Comanche 3, by the end of 2031 That would be three years earlier than expected. in a 2021 settlement. Xcel’s plans also promise that the company will continue to make property tax payments through 2040 to support the community surrounding the disused coal facility. Xcel is also committed to supporting a clean energy transition in the Pueblo, Colorado region.

The Colorado Public Utility Commission (CPUC) has already approved a utility proposal from Tri-State Generation and Transmission Association that meets the legislature’s GHG reduction goals. CPUC commissioners voted in June 2022 to support the early shutdown of Comanche 3 and are expected to formally approve Xcel’s plan later in July.

2022-07-11
Previous Post: Electronic Shelf Label Market Overview, Environmental Analysis and Forecast to 2026
Next Post: Scientists warn of 15 environmental problems that could destroy ocean biodiversity in the next decade