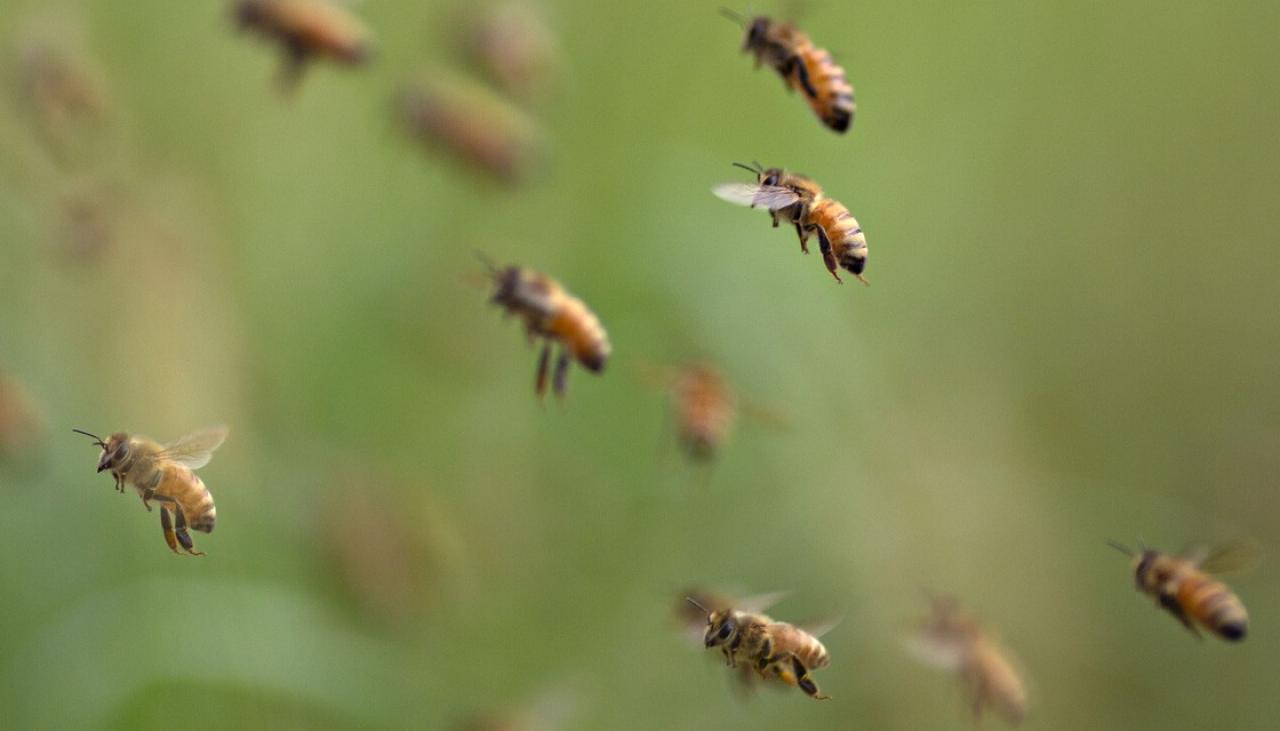 The Bee initiative creates a hive of activities around environmental education

By Niva Chittock from RNZ

Bees lead the way when it comes to educating locals about the environment in Queenstown.

Bee The Change is an initiative that allows local businesses to sponsor beehives in the city, including the Queenstown Botanical Gardens, a Wakatipu reforestation plantation and the Queenstown Golf Club.

Signage is provided with the beehives to educate passers-by about biodiversity and local businesses.

Founder Neal McAloon said the idea for the organization came after a skiing accident put his career as an outdoor education instructor on hold.

“I ran a climbing business in Queenstown. I had a skiing accident and [couldn’t guide] so for a few years i decided to study beekeeping, ”he said.

“The reason I chose beekeeping was that both of my careers were driven by curiosity about our natural world and bees tell us so much about what’s going on in our local environment.

“Some friends who owned a local brewery then asked if they could buy beehives and sponsor them … and that’s where it really took off.”

Bee The Change became a reality in 2019 and has been buzzing ever since.

McAloon said bees are a great way to educate people because everyone loves them.

“We use the bee as a way to involve and educate the community about environmental issues … Everyone loves bees and you get honey and it’s really easy to get people talking. [about them],” he said.

Bees also reflect changes in the wider environment, and the panels with the beehives explain how important bees are to the food chain and how closely people relate to them.

“As a domesticated species, we can examine their hives and can detect anything that is happening in the local environment.

“So it’s a canary in the coal mine, if you will, and they’re giving us information on what’s going on in the local environment.”

McAloon described Bee The Change as “a bit of an impact organization,” which aims for positive changes in well-being in the community and the environment.

“We have these Bee-Friendly Zone signs where we give a seed packet and instructions for people to create their own pollinator-friendly garden. And these signs have been distributed to 20 preschool learning centers in the district.”

Honey from the beehives also returns to the community, with businesses being able to purchase the honey directly from a local market stall.

But McAloon said it was not without challenges, with the mildest winter in Queenstown this year and the number of sponsorships not increasing due to Covid-19.

“On July 20, which is right in the middle of the deepest, darkest, coldest part of winter in Queenstown, my bees were flying and collecting pollen from trees that were already producing pollen. never seen.

“What that means in the long run is that my bees started earlier and the Varroa destructor mite which is a parasitic mite has been really bad this year and I had to do three treatments on each hive so that normally I only do two. And that has driven up the cost of thousands of dollars just to manage the hives. “

McAloon hoped to expand the organization in the future, with long-term goals of shipping bees overseas and making Bees For Change a national organization.

There are free spots on some of its sites and McAloon encourages all interested companies to get in touch.