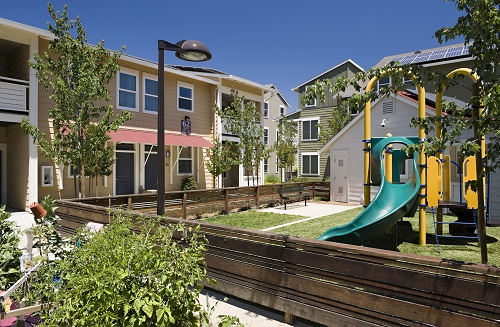 The brick wall of housing: wildfires, environmental factors and affordability collide with the trend to topple luxury developments

Since October of last year, some of the largest proposed luxury housing complexes and developments in California have been canceled or massively delayed, either by the courts or directly by the government.

In October, a San Diego Superior Court judge halted most of the SD County Otay Ranch project due to concerns from the California Attorney General’s office and others for failing to properly cover the fire hazard of forest.

In January, the Lake County judge overturned a decision by the Lake County Board of Supervisors and halted approval of the Guenoc Valley luxury resort due to both wildfire concerns and CEQA issues.

Other major projects across the state are currently scrambling to meet regulations and concerns about wildfires, water issues and other environmental issues threatening to derail even further. The recently announced Disney Cotino project in the Coachella Valley has barely creaked with several major issues, while environmental laws to protect Joshua trees have held back most development in nearby towns. As many of these developments are aimed at the luxury crowd or higher priced homes and units, the argument that they would help alleviate California’s housing crisis has largely fallen on dense ears because, even with CEQA density bonus laws setting aside a percentage of units in new buildings for affordable housing.

With more and more major developments winding down or having to drastically alter their plans to meet changing standards and concerns, many developers and those in favor of new developments said things had to change in California for new housing help alleviate the housing crisis and developments to help areas affected by the economic shutdown of the COVID to be more approved.

“Of all the things that’s holding all these developments back, the only thing that makes sense to me is the wildfire risk that a lot of these politicians and judges see,” said developer Martin Schules, who has stopped building new housing. in California two years ago in favor of other Western states, said in an interview with The Globe on Tuesday: “You don’t want to be the person named in the news for accidentally creating a bottleneck that harmed residents on the run. Last year [the Dixie Fire] all these people around Lake Tahoe were stuck in traffic for a long time trying to get out.

“CEQA updated the laws to make the standards on evacuation plans more stringent, and honestly that’s why a lot of these developments are facing issues. Many have made plans under old laws pre-Paradise, and now that they’re in the final stages, they’re hooked by all of these changes, and a lot of these devs are already working to address that, both to get everything in place and because they don’t want not be on the other end of a PG&E-style lawsuit.

“A big thing has been that developers have been forced to build luxury units because with taxes and costs, that’s the only type they can build where they can get a return on investment,” said Morris. “But even then, it’s not that bad. Sure, those luxury units go up, but enough people have rented them that the cheaper units they previously occupied go up, and then more cheaper ones open from people going up. I don’t want to call it trickling, but it helps open up other units on the line. It’s just easier to hate whoever builds the new places because they’re so unaffordable and that’s the only thing many see on the surface.

As for other environmental issues, Schules added that “there are a lot of new regulations coming to California, like a switch from gas to electric. But, other than forest fires and maybe endangered species because it’s really hard to get around, there’s not much that should hold these places back. They include updates on wildfires, water issues can be alleviated, for example, by switching to more native plants and grasses and building water-efficient appliances. And other issues, like affordability, are being addressed through the density bonus and the opening of older, cheaper units to residents.

“The thing is, if we’re just allowed to operate as is and maybe have an incentive to build more units at a lower cost, like not having to build garages or provide parking for all units, then we can really start solving the housing crisis. . The same goes for the environment. Give us some time to resolve the wildfire issues, and new plans can be put in place. We can even avoid damage to endangered species if we have allowances to relocate them or plant more in their place elsewhere. And these are just a few examples. There are so many ways to do this, but the state needs to stop treating developers like the enemy. Many, like me, left because of how difficult they were becoming. They can’t afford to give up many more when they need them most while burying them under regulation.

Other proposed developments in California are currently before the courts over forest fire and environmental issues and are expected to go to trial soon.